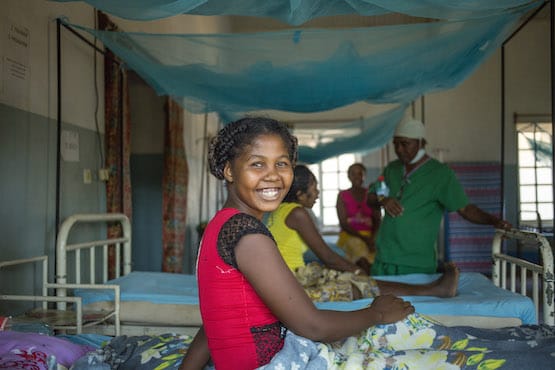 A year ago, I shared a blog with The Life You Can Save’s readers about a new approach in my work and life: I was giving 5% of my commission as an Audi car salesman to effective charities. In the last fourteen months, my 5% charity pledge donations haves amounted to enough to pay for 17 obstetric fistula surgeries via the Fistula Foundation (according to The Life You Can Save’s charity impact calculator). Personally, my pledge has allowed me to feel more driven at work and bolstered my reputation amongst my customers. My results are repeatable, scalable, and easy to convey to those who are not yet involved in effective altruism.

The most salient point of my experience is not that I have chosen to give 5% of my income, but that I was never particularly interested in charity before a year ago. The question for fundraisers everywhere should be: What changed?

For much of my life, I found almost all charity messaging painful to see. It focused on the dire straits of those in countries far away from me, with a stark message of sadness and pain.

Although I could logically understand that the stories from many of these countries were terrible, I had difficulty feeling a strong sense of empathy for those so separated from my life.

(“The death of one man is a tragedy, the death of millions is a statistic” is the rough translation)

I wasn’t happy to admit it, but I could feel the effects of Dunbar’s Number whenever I saw the commercials for an overseas charity. Dunbar’s Number is a theory in cognitive psychology that alleges the existence of an evolutionary limit to the number of people that one can emotionally relate to.

In the charity messaging, these sad people were portrayed as victims that begged to be saved. Even with these sad images, I would still ask myself:

If I gave money, what would change?

The Problem with Guilt Rhetoric

Many charities run campaigns that are designed to pull heavily on your emotions. They will often parade pictures of starving children as victims, in the hopes of jarring you into giving. I grew up in the ‘90s, seeing this type of imagery—now called “Poverty Porn”—on television and in magazines.

Business, strategy, and profit make sense to me. I can see how a well-designed business plan, when executed properly, can create profit. This is the world I live in.

When I hear about a new business, I love to learn about the details. How does the business add value? How does it keep costs down? How does it fit into the economy as a whole?

This type of logical approach is hopeful to me. There is logic to follow. In a funny way, the logic of business is how I began to understand charity. I replaced the word “profit” with “altruism” and kept everything else the same.

Peter Singer was able to sell me on the idea of effective altruism in his book, The Life You Can Save, and he is the reason I began to give. He pitched me the idea that the world can be made a better place through effective charities, and I understood his reasoning.

Rather than terrify me with images of victims, he explained the problems and gave me a roadmap towards a better world.

The Power of Hope and Reputation

Since I started giving, I’ve been talking to my clients with a hopeful tone. I show them the postcards of the happy women that are being helped. I tell them that 5% of my profit from their purchase will go to charities that help women. I show, not tell, them that the world can be a hopeful place.

Some people have suggested that charity should only be done out of pure altruism, and should not be used to bolster a business’s reputation.

I argue the opposite.

If the outcome is money in the hands of the doctors that do the surgeries, then the secondary positive of boosting a business’s reputation is ethically sound.

Before Peter Singer’s The Life You Can Save, I was intentionally blind to the poverty-stricken people from developing countries. I hid from the images, and I hid from the guilt. I assume that many others feel the same as I did.

Now that I am an active participant in the Effective Altruism movement, I feel hopeful. There are terrible situations all around the world that need addressing, and we can do something about it. Not only will it make the world a better place, but it can also boost the reputations of the businesses that we run. These days I give 5% from my full time job and I am starting to give 5% of my (small) income from my side business, an automotive sales training site.

The world can be hopeful. Andrei is a star salesperson and manager at one of the largest Audi dealers in the world. He maintains a top ten position for volume sales with Audi of America, manages a BDC (call center) and a team of 9 product specialists. He currently writes about car sales at carsalesstory.com.

Andrei currently donates 5% of his before tax income to charities (inspired by reading “The Life You Can Save” by Peter Singer).